The “National Academy of Sciences Awards” are granted annually in order to promote and encourage the research of young Argentine scientists. The distinctions bear the name of outstanding men of science intimately linked to Argentine scientific research and the winners receive a diploma and a medal. In addition, the young scientist delivers a conference in the Academy.

– Hermann Burmeister Prize: for researchers in the field of the natural sciences (Anthropology, Biology, Botany, Geology, Paleontology and Zoology).

– Ranwel Caputto Prize: for researchers in the field of the chemical sciences (Organic Chemistry, Inorganic and Physical Chemistry, Biological Chemistry and Molecular Biology).

– Enrique Gaviola Prize: for researchers in the field of mathematics, astronomy and physics.

Candidates can be presented by a scientific institution, by researchers, or by him/herself. They must be living in Argentina and have done most of their scientific work in this country. To apply, candidates must be up to 40 years old on December 31 of the year in which the Academy launches the award.

The task of evaluating the presentations is carried out an Ad hoc Committee, integrated by Academic Members of the National Academy of Sciences and outstanding specialists, for each one of the prizes that are awarded. 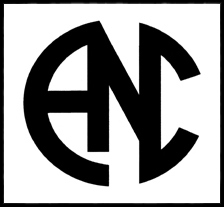