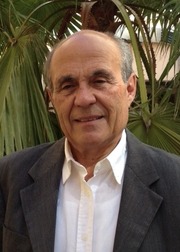 He is a graduate with a Mathematics degree from the Argentina’s National University of Córdoba (UNC) and obtained a Ph.D. from the University of California, Berkeley, in 1970. He is Emeritus Professor at UNC and Emeritus Senior Researcher at CONICET, and was visiting professor at the University of Buenos Aires (Argentina) and the Universities of Brasilia (Brazil), Massachusetts and Stanford (USA). He was theDirector of the Institute of Mathematics, Astronomy and Physics at UNC. He founded and directed the Center for Research and Studies of Mathematics of Córdoba. He was elected Vice President and President of the Argentine Mathematical Union in various terms. He was a founding member of the Board of Directors of the Mathematical Union of Latin America and the Caribbean. He was a member of the CONICET board of directors (1997-2003) and was Vice President of Scientific Affairs. He was President of the National Academy of Sciences of Argentina in the period of May 2012-May 2020. Among other distinctions it is important to mentioned: Fellow of the John Simon Guggenheim Foundation; Outstanding Youth of the Junior Chamber of Buenos Aires; First Prize of the Coca Cola Contest in Arts and Sciences; Bernardo Houssay Award; Member of the ANCEFN, the Trieste Institute of Theoretical Physics (ICTP), the Academy of World Sciences (TWAS) and the Latin American Academy of Sciences.